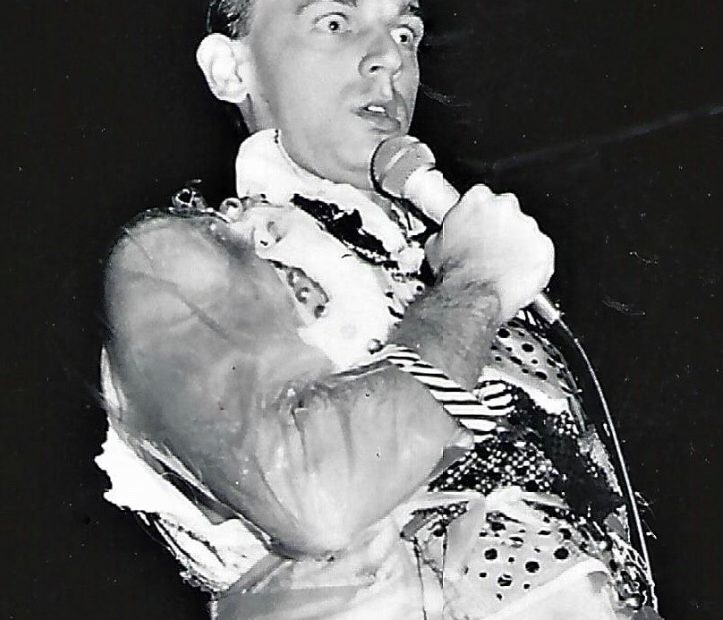 Today on the Rarified Heir Podcast we talk to John Denney about his mother, actress Dodo Denney. Now, you may not know the name Dodo Denney but definitely have seen her. This episode is a roaring good time with John as we talk about his mother being in one of the most beloved movies of all-time, Willy Wonka and the Chocolate Factory and also because John is the lead singer of one of the greatest punk bands of all-time, The Weirdos. Somehow we combine the best of LA punk rock, the allure of Hollywood and the difficulties of auditioning for a role against the same actors time and time again. We bop-diddly-uhm-bop tonight from topics as wonderfully weirdo as Kansas City TV horror host Marilyn The Witch, the Penelope Spheeris’ punk rock documentary The Decline of Western Civilization, George “Goober” Lindsey, Corvair  cars, Frontier Records, Hallmark Cards, Iggy Pop, Rock-n-Roll Denny’s, hitchhiking and a whole lot more. We got the Neuron Bomb in guest John Denney as he talks about growing up in the San Fernando Valley, seeing his mother lose roles to Alice Ghostley and making the difficult decision to be an extra in Dustin Hoffman’s Straight Time or to headline The Whisky-a-Go-Go on the Sunset Strip in 1977. (Sigh) What’s a young punk to do? And I say, destroy all podcasts, next on the Rarified Heir Podcast.