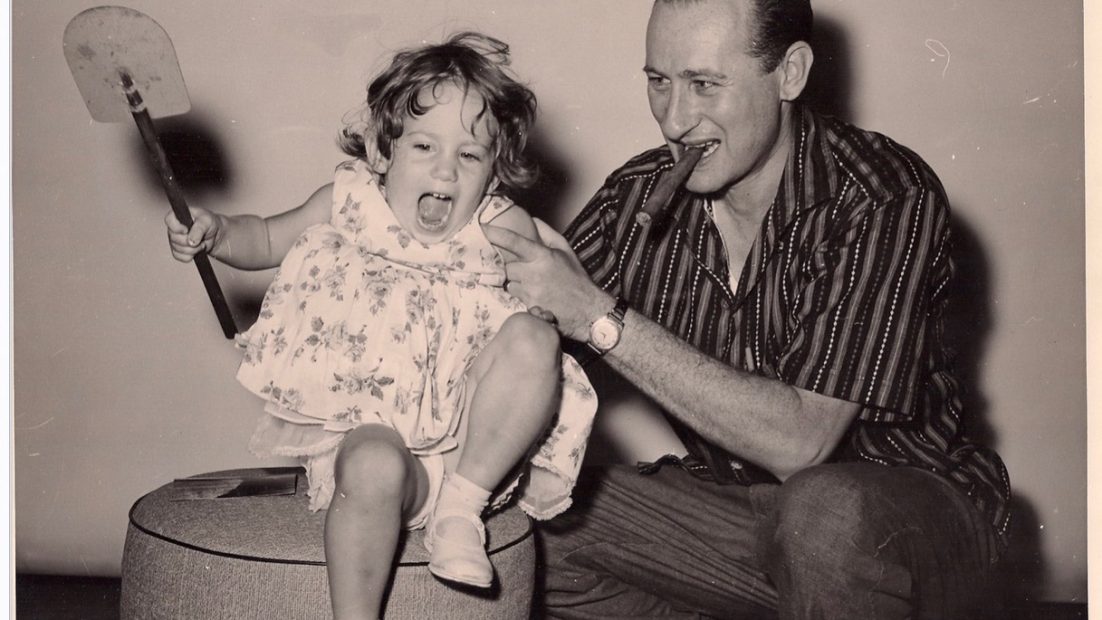 Today on the Rarified Heir Podcast we are talking to Saratoga Ballantine, daughter of Meyer Kessler who was really comedian Carl Ballantine aka The Great Ballantine aka The Amazing Ballantine aka The World’s Greatest Magician. But of course, Carl Ballantine wasn’t a great magician, he was one of the first to marry magic and comedy that became his trademark in vaudeville, television, stage and film. In fact, his fans include George Carlin, David Copperfield and Steve Martin, who said of Carl Ballantine, “He was the most copied act by a host of professionals and amateurs.” Best known as Lester Gruber on McHale’s Navy, Carl Ballantine starred in TV shows such as The Monkees, I Dream of Jeannie, The Partridge Family and The Gong Show as well as films such as Mr. Saturday Night, The Shakiest Gun in the West, The World’s Greatest Lover and Speedway w/ Elvis Presley. He was allegedly the first magician to play Las Vegas in 1956, he appeared seven times on The Ed Sullivan Show and took his last name from Ballantine Whisky because it sounded ‘classy.’ We learned a lot from talking to Sara who tells us that Carl and his wife singer/comedienne Ceil Cabot were both Christian Scientists, that she put on her own production of the musical Mame at a church in Hollywood age 15 with extra money her parents sent her to take care of the dogs in 1972 when Carl played Broadway in the revival of A Funny Thing Happened On The Way To The Forum and she voiced a very well-known Star-Kist Tuna commercial that was more memorable than any math quiz we ever took. It’s a fun and fascinating ride into the world of comedy, magic and voice-overs on this episode of the Rarified Heir Podcast. Take a listen.