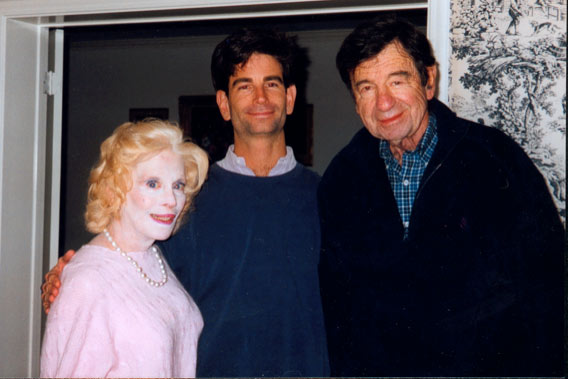 Today on the Rarified Heir Podcast we are talking to Charlie Matthau, son of acting great Walter Matthau and Carol Matthau. It’s been a while since we’ve seen Charlie. You see, the connections run deep on this episode. Because our host Josh Mills mother, Edie Adams was close to Jack Lemmon, via the film The Apartment and Jack and Ernie Kovacs friendship on films like Operation Mad Ball, It Happened To Jane, Bell Book and Candle in the 1950s there was a familial bond. Cut to the 1970s and each Christmas, Edie and family would attend Jack Lemmon’s Christmas party at his house which of course, always included the Matthau’s. Additionally, all the families gathered on Broad Beach Road in Malibu each Summer which further cemented their friendship.

There was much to talk about including conversations about The Fortune Cookie, Truman Capote, Howard Hughes, Micky and Nicky, Don Siegel, The Bad News Bears, Charly Varick, Billy Wilder, Vic Morrow, The Grass Harp, the Mormon Church, 1920: The Year of the Six Presidents, Jimmy Stewart and much more. Furthermore, we discuss how Charlie’s mom – then known as Carol Grace – was the basis of the Holly Golightly character in Breakfast at Tiffany’s played by Audrey Hepburn, how Walter Matthau once hosted the Oscars with an earpiece listening to a ballgame, how Walter got hired for a role for being ‘British.’ Carol’s much loved novella A Secret in the Daisy, Walter’s middle name (cough) and much more. It was great to go down memory lane with Charlie on the latest episode of The Rarified Heir Podcast. Everyone has a story. Take a listen.