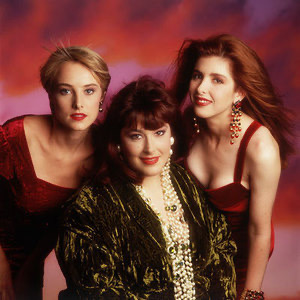 Today on the Rarified Heir Podcast, we have another first. Our very first guest from all the way back in December 2020, is now our first ever encore episode of the podcast. Carnie Wilson’s episode is the most listened to episode from our first season and 49 weeks later, we are together again for the first time.

Carnie is one of the most honest and most positive and joyful guests we’ve ever had on the podcast. Perhaps it’s because Carnie and Host Josh Mills went to the same elementary & middle schools together in the 1970s & 80s that this works so well. Maybe spending their growing up years together in Los Angeles makes this conversation about being a child of a celebrity so easy. But it’s more than that too. With Carnie, what you see is what you get. Bold, brash, hysterical, loving, warm, kind and with an outlook on life that shines bright, it’s a joy to hear Carnie talk on the podcast. Growing up the daughter of musical genius, Brian Wilson of The Beach Boys, we also learn about mother Marilyn Wilson (of The Honeys) who was the rock in her family. Nothing is off limits as we talk about everything from her love and hate relationship with food to her favorite moments introducing The Beach Boys onstage as a child, to her own recording career in Wilson Phillips with sister Wendy and Chynna Phillips, to her memories of Uncle’s Carl Wilson & Dennis Wilson that makes this episode so great. Maybe it’s the story about Elton John putting her to bed as a toddler. Or that her first crush literally came to her door to say hello.

Take a listen and decide for yourself on this encore episode of the Rarified Heir Podcast with Carnie Wilson. Everyone has a story.