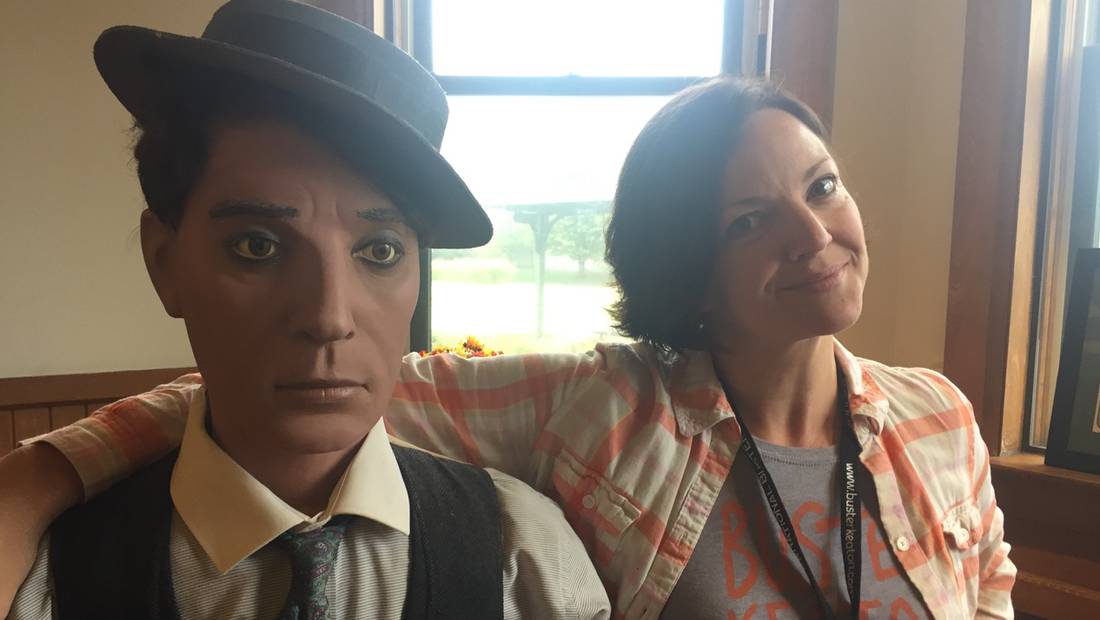 Today on the Rarified Heir Podcast, we bring you yet another first on this episode. We are talking to our first great-grandchild of a celebrity. We are talking today with Keaton Talmadge who is a the great-grandchild of comedy genius Buster Keaton as well as silent film star Natalie Talmadge. Whoa. We talk to Keaton about growing up in an era where most had no idea what Buster Keaton looked like – you will hear an example of that on the episode, as incomprehensible as it might sound. We also talk about the Brooklyn-born Talmadge sisters, of which her mother was one, who were incredibly famous in the silent film era. Sisters Constance and Norma were at one time named the top female film stars of 1921. We’re talking big! So what did we talk about with Keaton? We talk about the century old legacy of Buster and how, still today, there are dedications and events in his name, all the time.

We also talk to Keaton about her own career as a voice over actor, who has voiced roles in television, commercials, podcasts, video games and more for everyone from Apple to Netflix to Nintendo and more. In fact, Keaton schools our host Josh Mills on everything from Looping to E-learning. We also talk about Keaton’s time at Cal Arts, studying to become an actress, her years auditioning, how she started a Hula-Hoop company (you know, for kids) and how she landed at the perfect spot in her acting career, right now.

It’s all next on the Rarified Heir Podcast. Everyone has a story.